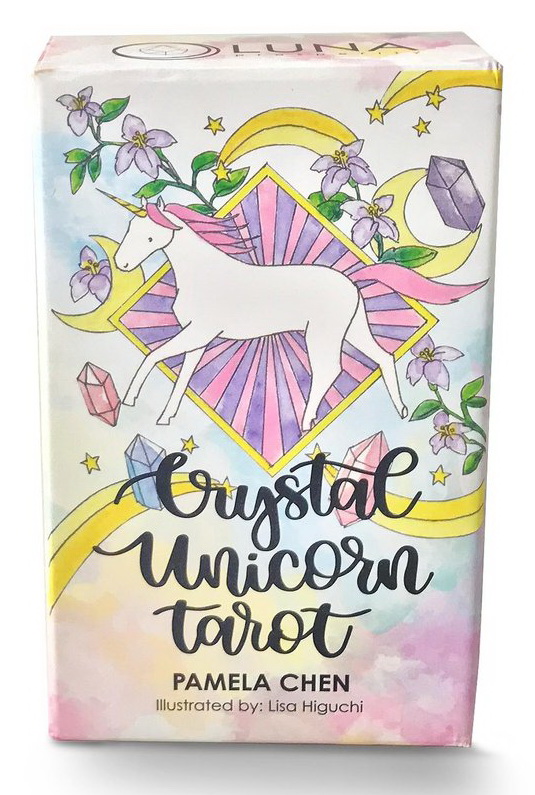 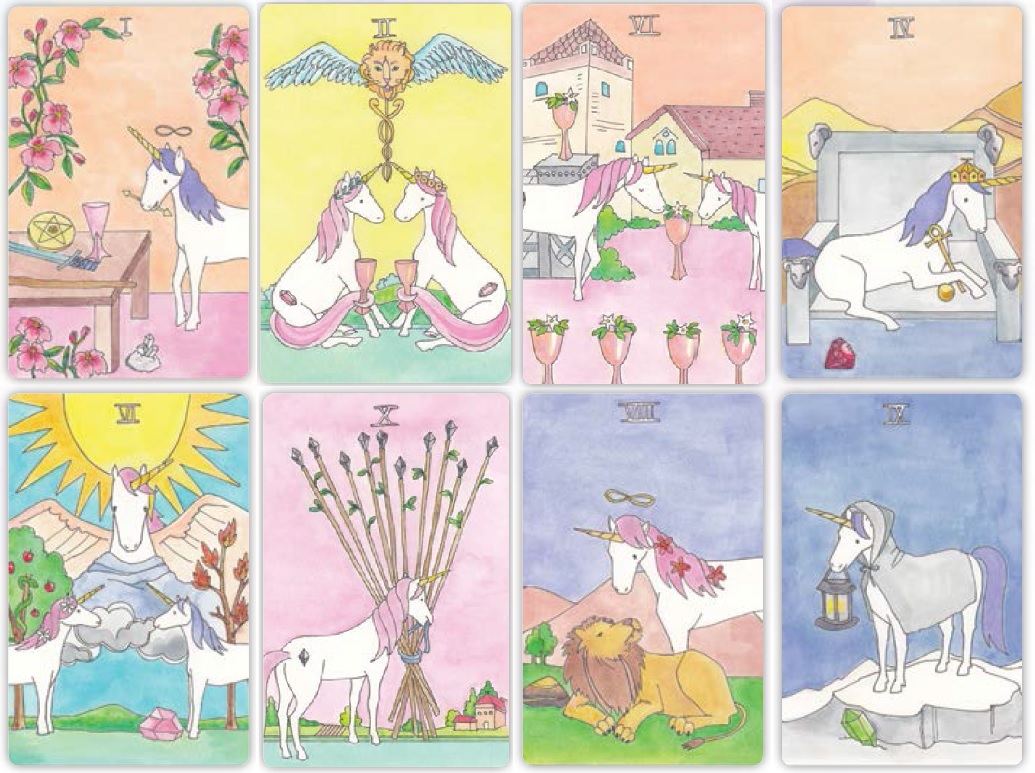 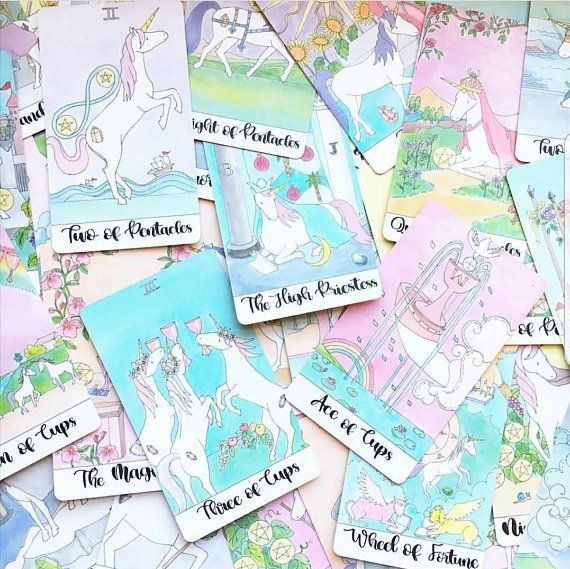 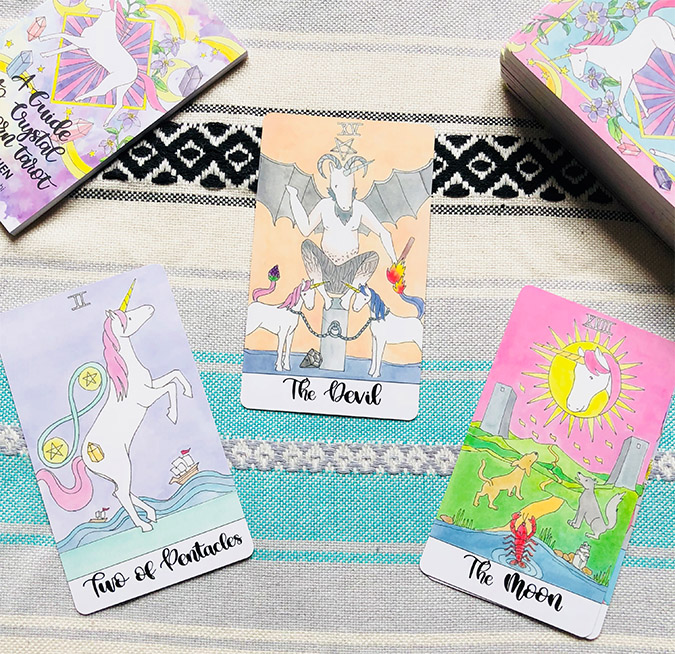 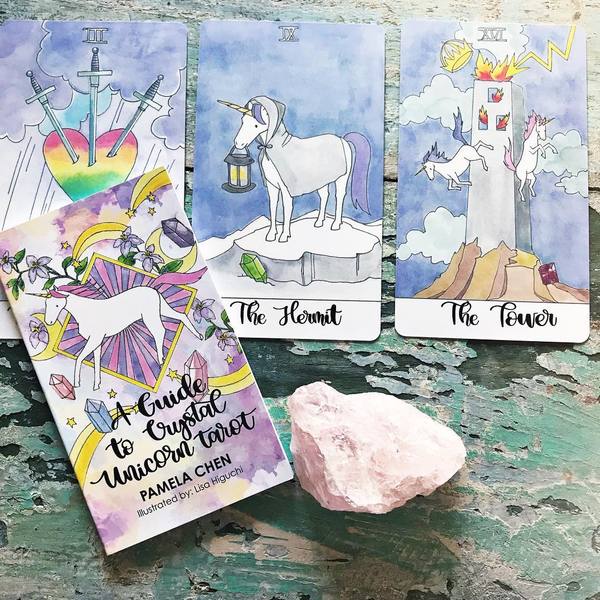 貨品編號: 07787
貨品介紹:
*POOF* and welcome to the magical world of the Crystal Unicorn.

The Crystal Unicorn Tarot is based on the traditional Rider-Waite Tarot deck. Instead of non magical humans represented in the deck, you get a bunch of adorable Unicorns that has affinity with crystals. This magical vision came to Pamela Chen, co owner of a online crystal boutique called Luna Prosperity, and she just had to create this deck. Because, who isn’t obsessed with crystals or Unicorns right now?!

Basically this deck is the mirror image of the Rider Waite Tarot, except all the humans are Unicorns and it's all pastel. The added element was the energies of the crystals.

Major Arcana:
Each of the Major Arcana card has a special crystal that relates to the energies of the card. See if you find it in the image!

Minor Arcana:
Each of the four suits of the Minor Arcana has a crystal relating to the energy of the suit! Wands has the Smokey Quartz for passion, career, and wishes. Cups has the Rose Quartz for love, compassion, and relationships. Pentacles has the Citrine for money, wealth, and abundance. Swords has the Amethyst for mental stimulation, psychic awareness, and intuition.