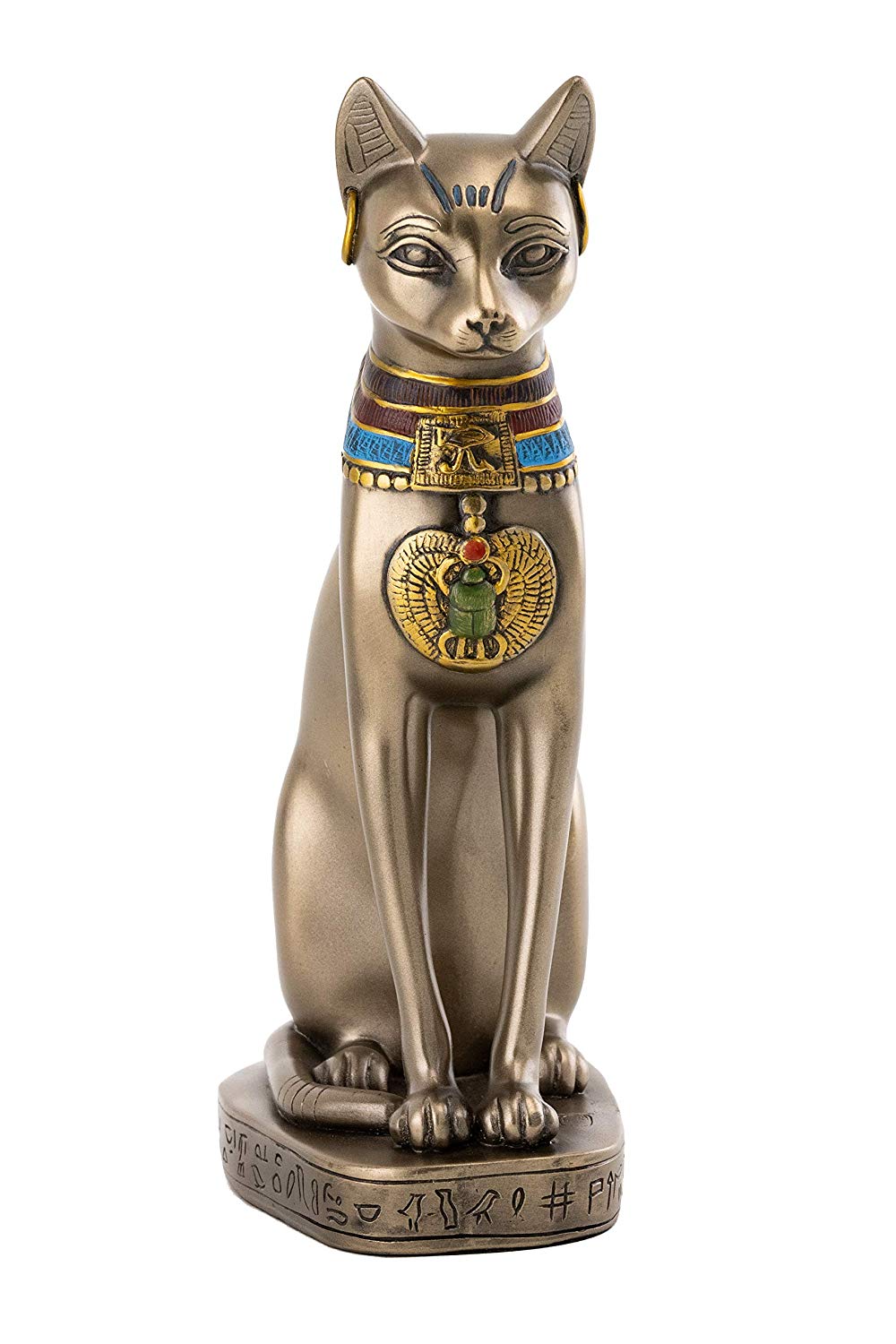 貨品編號: 08332
貨品介紹:
Bastet, the feline goddess of Ancient Egypt, is beloved as a protector and mother. Within the Egyptian pantheon she is the fierce protector of the two kingdoms, shown often as a lion. Bastet was also revered as a motherly goddess, and often depicted alongside her kittens. In Egyptian culture, Cats were highly revered, and a families often had them mummified when they passed, with those of wealth even decorating their cats in gold jewelry and jewels.

Here Bastet is shown as a royal feline- a cat bedecked in gold-toned hoops set within her ears and nose, as well as a necklace marked with the eye of Horus, who was considered her brother in mythology within Greek interpretation, and the sacred scarab set upon her chess. The entire piece is made of cold cast resin and beautifully sculpted so as to give it a coppery, metallic sheen. It stands 11 1/2" in height and 7 1/2" wide, providing a formidable idol for your altar or home, helping you to invoke the protective spirit of Bastet in your life.
本系列貨品只接受訂貨，需時約 1 個月左右